From September 2019 we will be hosting

every month with no extra charge to our families!

DATES FOR YOUR DIARY :

On the 20th December, we had a very special visit from Father Christmas! The children all received a gift and we sang some makaton songs to him.

On the 15th December, Paula made everyone a delicious Christmas dinner!

On the 4th December 2018, our nativity play was a huge success with every child playing an important role in the rehearsals and final performance. Not a dry eye in the house!

On the 9th June 2018, Beenham Pre-School attended the Beenham Village Fayre held at Beenham Primary School. A great day was had by all. Beenham Pre-School had a couple of stalls there where the children got to decorate wands and the jam jar tombola was popular! The Pre-School were very lucky to get one third of the profits from the event making it a great fundraising day! 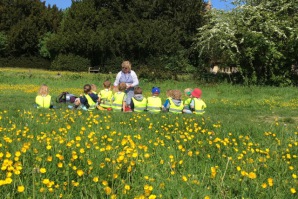 On the 10th May 2018, we took part in our own wiggle walk to raise money for Action for Children. 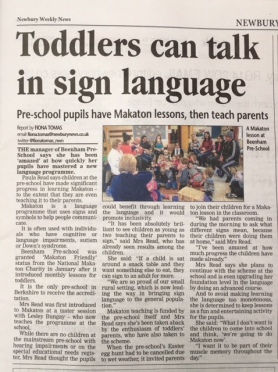 We were so thrilled to be featured in the Newbury Weekly News for our Makaton learning!

We are located at:

If you have any queries or wish to make an appointment, please contact us:

Get social with us.